You have a product or brand. Your marketing budget is non-existent. How can you get people talking about and sharing your brand with friends and colleagues?

I've been reading the book Contagious: Why Things Catch On by Jonah Berger, and it outlines 6 factors that makes things go viral. In this article, I'll share with you my thoughts on the 4th chapter - Public.

Social proof is the idea that people assumes the actions of others as representive of the norm, and adjusts their behaviour to fit the norm.

In this article, we will see how you can leverage social proof to improve the image of your product / brand.

"Monkey See, Monkey Do" is a popular saying that dates back as early as the 1920s. But it's not just monkeys though - people, too, imitate others.

Children are very impressionable. Their life experiences are limited and so they don't have a clear and concrete idea of how the world is yet. So how do they gain this experience? They observe others and mimic their actions.

How do we learn a foreign language? Yes we read about the grammar and memorize the vocabulary, but, ultimately, the most efficient method is to just move and work in that country for a year or two. Why? Because we expose ourselves to speaking with native speakers where we can imitate their tone, accents and use of words.

We learn by imitation.

Many believe education starts at schools, but, going by the premise of 'we learn by imitation', maybe education doesn't start at schools. Students, by far, spends the most time at home. They see the actions of the parent and assume it to be the norm, and they imitate to fit that norm.

This is why I personally believe that parents play the biggest role in a child's development. Children are strong and resilient, but still a separated or hostile home environment invariably negatively-influences the child. Because they see their surroundings and accept it to be the norm.

So programming- and marketing-aside, to any parents or want-to-be parents, please make sure you're being a good role model.

When we were still children, we wanted to fit in and be the same as the others; now that we are adults, everyone wants to be unique and different. Although we might be less reluctant to admit it, we still want to fit in and belong to a group, a community.

Without a strong belief, it's better to be agreeable and share the views of others - people might like you more, more willing to share more with you because they feel you understand their point of view.

Disagreeing takes risks - Will I offend others? Will I be less likeable? What if I am wrong?

So, often even when someone doesn't particularly agree or disagree with something, they see others agreeing and so they lean towards 'agree' too.

This is why the start of any project, especially open-source, is the most important - it sets the tone for others to follow. If the code quality is poor at the beginning, other developers will accept that as the norm, and any contributors will match the same level of quality as has been expected of them - low.

This is also why many services have private alpha and beta phases - the first batch of users are the most important. They set the tone for others to follow.

So make sure the first set of customers are active, engaged, and happy. Because what they say about you will be referenced by others. A bad review at the start has a much bigger effect than 10 months after, when hundreds of people have already reviewed your product / brand. 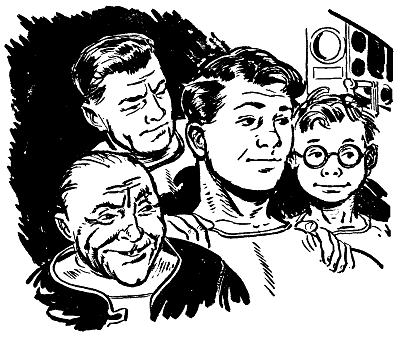 So people tend to play it safe and imitate others when they are not sure, but how do they know what to imitate? They can only imitate things they know about.

So make sure people can see you brand on your products, so when others are using it, or seeing someone else enjoying your product, they know exactly which brand is behind it.

Also try to make these long-lasting. For example the logos on many laptops bearing the brand name, or Abercrombie & Fitch who prints its logo on its apparels - all built to last. This ensure people will be reminded of the 'norm' continuously.

This extends the idea of triggers in the previous article, where we discussed how having frequent triggers is essential in promoting ongoing word-of-mouth.

Most university students don't like to binge drink, or take drugs, but because they perceive others as substance abusers, they are less reluctant to say 'No' when someone asks them to have 'One last one', or 'Just give it a try'. But actually, most students who do this feels the peer pressure and are not comfortable. If only they realize that not abusing substances are the norm, they'll be more likely to say 'No'.

So one way to stop substance abuse at universities is to show students situtations where they are tempted to take drugs, or binge drink, but the student refuses. This sounds like a good strategy, you are triggering this reminder whenever the student is being coerced - so the location of the trigger is great.

But by showing that drugs are happening all around, it also sends the message that binge drinking and substance abuse is popular, and so students might actually become more inclined to doing it.

Instead, the most effective way would be to put a positive spin to it. To focus on the students having a healthy, drug-free life. It portrays that as the norm and people are more likely to follow.

So if you're trying to reduce or prevent something, try not to bring it up, else it might back fire in your face. Instead, put a positive spin on it and emphasise the thing you are trying to promote.

When in doubt, we tend to imitate others. So it's important to hand-pick your first sets of customers / users. It'll set the tone for others to imitate from. Create high-quality content for your blog, ensure code quality is high etc. By the same reasoning, treat your initial users extra-well.

Focus on emphasising the thing you're trying to promoting and make it public so everyone can see. People get exposed to your brand / product enough, they'll starting think it's the norm.

Social proof - The idea that people assumes the actions of others as representive of the norm, and adjusts their behaviour to fit the norm.

If you enjoyed this article, why not check out the others in the series?